Amazon and Walmart are duking it out. What does it really mean for brick & mortar retail? 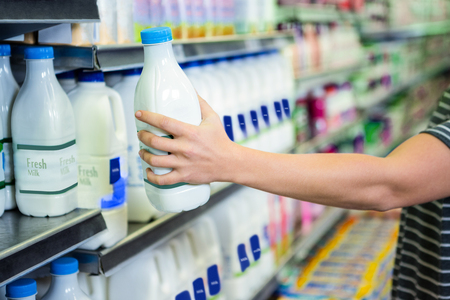 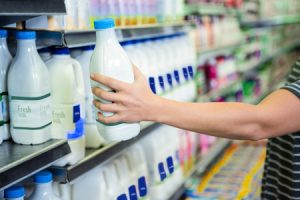 Amazon’s potential acquisition of the Whole Foods supermarket chain, all 456 stores,  is shaking up the retail food industry, and their suppliers, with Walmart, Kroger, and Costco all taking multi-billion dollar hits to their market value.  In terms of number of physical stores, Whole Foods is a rounding error when compared to Walmart’s 11,462 stores.  What does this mean to bricks & mortar retail?

After the acquisition was announced, Yahoo reported:

Amazon is a unique threat to many retailers because it doesn’t mind losing money for long stretches. The company might be able to sell inexpensive groceries as it makes its money from its cloud computing business and its gigantic online marketplace.

To put this in perspective, the announcement knocked $10 Billion off of the market cap for Walmart, $5 Billion off the value of Costco,  $7.3 Billion off of The Kroger Co, $500 Million off of Campbell Soup, and another $1 Billion off of General Mills.  $2.6 Billion was added to the Whole Foods cap.   Jeff Bezos added $2 Billion to his personal net worth.

Walmart ($230 Billion market cap), and Amazon ($479 Billion) are duking it out, while other players like Kroger, the largest supermarket chain in the US, and 3rd largest retailer in the world, but with a paltry $20 Billion market cap, must sit on the sidelines, wondering what’s next.

What does Amazon see in Whole Foods?

It is, unarguably, a very strategic and forward-looking move by Amazon. If approved, the deal will combine the world’s largest online retail platform and home-delivery business with a nationwide network of grocery stores committed to selling food that’s sustainably farmed and fairly traded. Game changing, indeed.   Willy Foote, Forbes

While Whole Foods is known for (high priced) sustainable and fair trade food products, Amazon has been known for its technology: home delivery and low prices. Nonetheless, Amazon has been  testing the waters in brick & mortar retail in books and in new concept grocery stores, as (Philly.com) reported in May:

The company has been opening physical bookstores in cities like Seattle, San Diego, and Chicago since 2015. Last week, it opened its seventh bookstore in an upscale mall in New York City. In an ironic twist, Amazon’s store is one floor up from a former Borders store, the bookstore outlet that went belly up in 2011 after failing to compete with Amazon.

It’s sensible for Amazon to turn to physical food locations in its quest for a bigger chunk of shoppers’ budgets. In the U.S., buying groceries accounts for about 30 percent of total U.S. personal spending excluding some categories such as cars and energy, according to a Morgan Stanley analysis. But food shopping has proved to be highly resistant to the e-commerce trend that has made Amazon a juggernaut. Only about 2 percent or so of all grocery shopping is online, analysts estimate.

Thus, online grocery shopping hasn’t proved to be the exclusive experience desired by consumers, but why?

It’s all about the data

For some shopping, people want experiences, and not just the products.  For example, it may be as simple as smelling the local strawberries, squeezing the peaches, or sharing a coffee with the neighbour at the deli, so they are selling an experience with a product, but what Amazon and it’s ilk have proved is how the data about the shopper, and their shopping, is a massive competitive advantage, but hasn’t been available to the bricks & mortar store.   In the store, knowing how many customers walked through, who they are and what are the looking for, could only be derived by a chance interaction with staff, and not systematically documented.  The only data that they have, is what was bought not what they perused or contemplated.  Online, if you look at something there’s a good chance that the same retailer will bombard the customer with ads for the same product as you look at other web sites, whereas in the store, the data only starts at the till.

Amazon’s first foray into physical shopping was the

AmazonDash. It started as a push button device for purchasing products online wherever needed and has evolved into a powerful barcode scanner with integrated Alexa voice interaction that enables consumers to scan barcodes or ask for a product.   With AmazonDash, the point of sale is now wherever the customer happens to be, even in their competitor’s stores.

So, then, Amazon purchases Whole Foods.  Imagine high quality products conveniently prepared in-store, supported by technology that enhances the customer experience, including the ability to pick up a product, Dash-it, and walk out of the store.  Imagine these same stores with prices that are competitive with Walmart and Costco, but with “farm to fork” transparency, quality control, and cost efficiencies.  Or, if you wish, order online or with the AmazonDash device and in one-hour it arrives at your home.

Walmart has taken a different approach.  They have achieved lower costs with digitization of the supply chain and using their huge buying power to bring their product costs down, while their online presence is downright clunky by comparison to Amazon and only offers same day service with your groceries delivered to your car, in their parking lot.

Consumers will often find a Whole Foods with a Walmart nearby, sometimes in the same mall and will decide which retailer they prefer.   Ultimately these retailers will also pick their locations and landlords, based on location and “fit” into their digital supply and service chain.    Digitization of the retail grocery supply chain now extends from “farm to fork”.    When it comes to physical facilities, retailers will demand that landlords and service providers are delivering services online, in real-time.   It is bricks, mortar & data…real-time data that helps them sell and control their costs.

So curious reader, why does BuiltSpace care and how can we help you?