Major cities like New York, Boston, Philadelphia, and Vancouver, as well as many campuses, airport and large facilities operate centralized steam our hot water plants, known as district energy systems.   Many of these systems are 50-120 years old.   Well run steam systems are very efficient and help reduce GHG emissions by up to 50% over standalone plants.  But, when steam leaks, that energy goes directly to heating the atmosphere.

Steam traps…few people on the street may have ever seen one…are a critical component to steam distribution.    Steam traps are found in plants, distribution loops and in commercial and residential buildings too.   There are millions of them in use, and they are prone to fail.

The industry estimates a life expectancy of an installed trap to be only 5 to 7 years, meaning that 15-20% are expected to fail every year.  When they do, they tend to leak at a rate of about 40-100 lbs per hour.   That’s pure energy lost, or about $1 per hour going up in steam.

Steam trap auditors, the people that go around inspecting traps, expect a well run system to have 10-15% failure rates (if inspected annually), but commonly see up to 50% failed traps.    That makes sense; if those traps that have failed are replaced, then a year later, a new batch of failed traps (10-15% of the total), will be found.    If traps are missed by the inspector (which they usually are) numbers quickly rise. 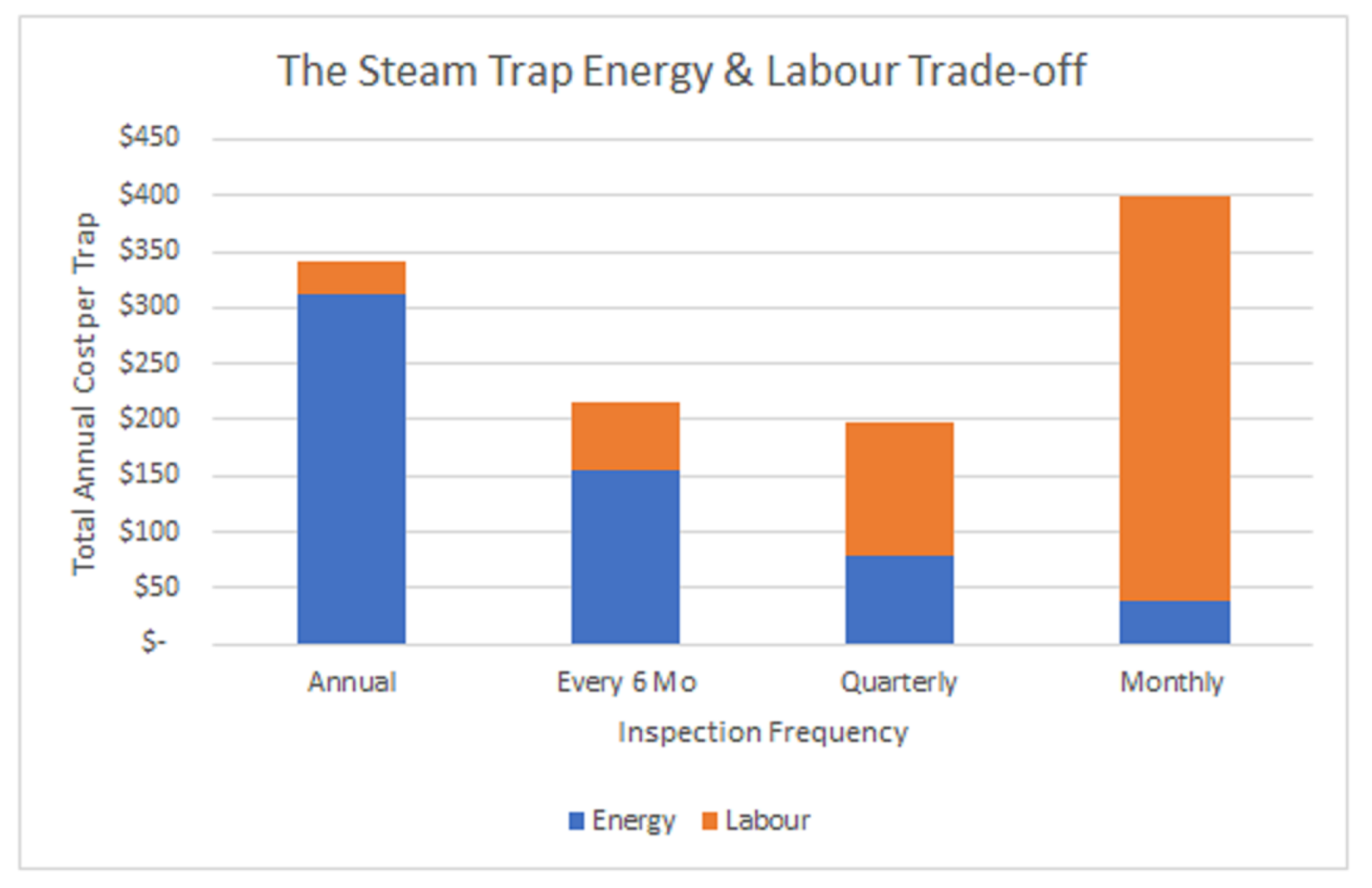 Based on two recent steam trap audits in commercial buildings, automated maintenance processes, with immediate replacement of failed steam traps,  could economically improve in-building energy efficiency by about 17 percent, saving about $17,000 per season in heating costs, simply by changing from annual to quarterly inspections.

Fun Facts:  Did you know that New York City’s district energy system produces about 24 billion lbs of steam each year.  A 17% improvement in efficiency would save 4 billion pounds of steam, and  about 200,000 tonnes of CO2e annually.