Climate Action Part 1: GHG Emissions Report Cards for Canada & The G20. How bad is it? 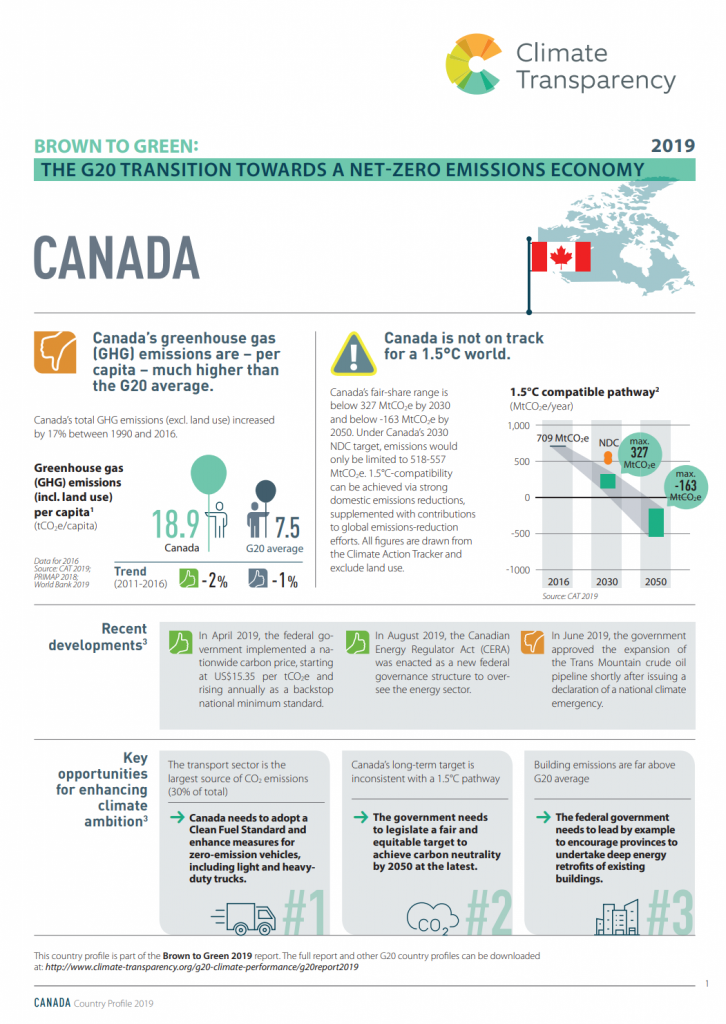 Climate Transparency, an international research consortium,  produces Brown to Green, a comprehensive annual report card on GHG emissions progress for each of the G20 countries.   Thank you Climate Transparency, for sharing your very important work!   Download  the full Brown To Green Reports here.

It’s the eve of a new decade, and only ten years away from 2030, a milestone year for climate change.   As a Canadian, I naturally wanted to see how we are doing.   I found this:

Climate inaction is no longer an option.  It’s on every news broadcast, and on everybody’s minds.

Now we are hearing that the 1.5 C pathway is not enough!  These people might be right.

Is it possible to decarbonize, completely?   Yes, and we need to get there as quickly as possible.

The last time Canada was effectively at zero, was around 1880.  (when world production of oil was less than 1000 barrels per day).  Forget 30% below 2005 levels, we will in the foreseeable future get back to 1880 levels.

As I’ve said in my previous posts, if we do nothing today, we will still get there.  It’s just a matter of time, but it could be a very ugly and unhealthy world for our children and grandchildren.

If we take action now, the transition to a healthy, prosperous and sustainable economy will give Canada a huge economic advantage in world markets.  Here’s a quick report card on where we are today, measured in tonnes of CO2e per person.   We can’t leave this legacy to our children and grandchildren! 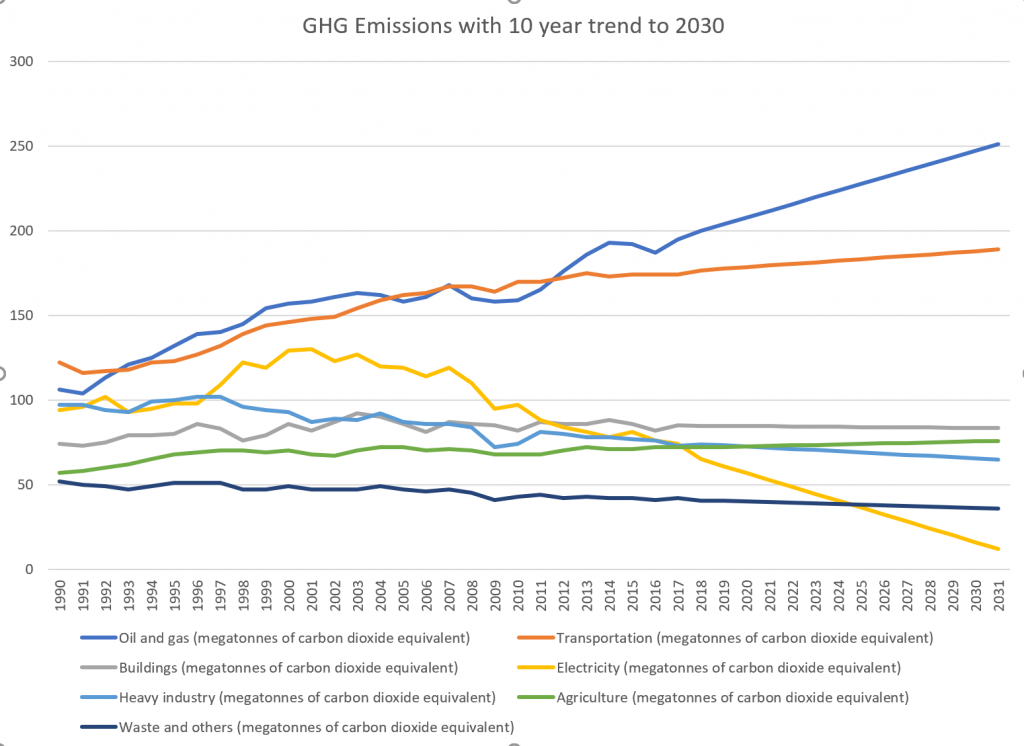 The bright spot; Electricity…going to near zero by 2030 on current trend.  That is Canada’s secret weapon on climate change.    Canada is uniquely positioned to rapidly adapt to change and accept decarbonization, ultimately benefiting by being one of the first countries to zero emissions.  In Parts 2 and 3, I’ll describe how we can get there.